Medical experts at King’s College Hospital London in Dubai, in collaboration with our mothership facility at King’s College Hospital in the UK, have pioneered POEM procedure in Dubai (Peroral Endoscopic Myotomy). King’s is the first centre in UAE to have started successful POEM programme for the people of UAE with first procedure been performed in Feb 2020. POEM is a ground-breaking minimally invasive treatment for swallowing disorders, which mainly occur as a result of muscle problems in the oesophagus.

What is POEM Procedure? 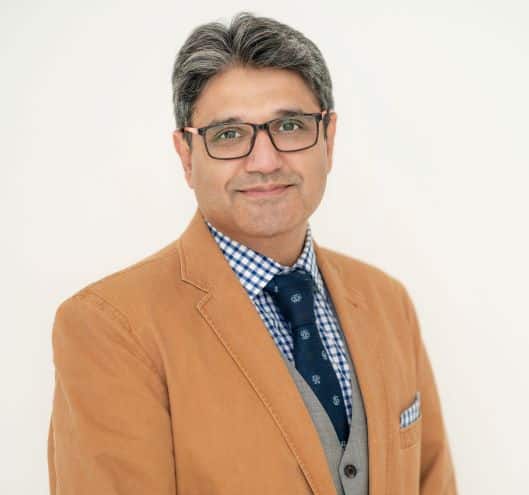 According to Dr Farooq Khan, Hepatologist, Gastroenterologist and Interventional Endoscopist at King’s Dubai, POEM is a minimally invasive endoscopic procedure that is used to treat Achalasia which is a very rare but increasingly common disorder of swallowing particularly in younger people. “The condition occurs after the lower oesophagus sphincter fails to relax and allow food through. The goal of the procedure is to weaken this sphincter hence allowing food to pass through,” explains Dr Farooq.

POEM is an important treatment modality because the usual treatment for achalasia is major surgery. However, adds Dr Farooq, there is now enough evidence available worldwide to demonstrate that POEM is an effective and safe endoscopic alternative with much shorter recovery period.

What are the Symptoms of Achalasia?

“One of the most common symptoms of achalasia is the inability to swallow solid foods and liquids. If left untreated, swallowing gets gradually more difficult and sometimes painful up to a point where an individual can no longer swallow,” states Dr Farooq, adding that other symptoms of achalasia may include:

“Just to note, achalasia is very often misdiagnosed as gastroesophageal reflux disease (GERD) because heartburn is one the symptoms,” he says, adding that in reality these two conditions are very different, and the therapies, like proton pump inhibitor (PPI) used in the treatment of GERD, do not work on Achalasia.

How is POEM Procedure Performed?

The procedure, according to Dr Farooq, is fairly straight forward, and involves the use of an endoscope, which is a flexible tube that has a camera attached. “These are then passed through the mouth, thus allowing the physician to see and examine the surfaces of the oesophagus and stomach without making a large incision elsewhere on the body.”

POEM procedure is performed under general anaesthesia in the Operating Theatre when the the patient is completely asleep. “The goal of the procedure is to loosen the tight esophageal muscles that are causing difficulty in swallowing,” notes Dr Farooq.

After the procedure, it is highly recommended that the patient stays in the hospital overnight for monitoring to make sure there are no complications, advises the doctor, adding that the patient may not eat anything immediately after.

“On the morning after the procedure, the patient will be started on a liquid diet and likely discharged on the same day.” Dr Farooq adds that a follow-up of seven to ten days is done whereby the patient and his/her surgeon will be meeting after the procedure on an outpatient basis. “He or she is then advised to return again after a stipulated period of time to make sure his/her oesophagus is emptying as intended.”

Are there Any Possible Risks Associated with the POEM Procedure?

The POEM procedure, just like any other medical procedure, may present some possible risks, which can be rare, and often controlled easily. These risks may include bleeding, perforation in the stomach, sore throat, and reaction to the general anesthesia among others. However, in experts’ hands these are less likely to occur and can be managed safely.

Since its inception, we have performed several of POEM procedures at King’s Dubai with excellent outcomes and patients are doing very well.  We are also the Centre in UAE to perform G-POEM (Gastric POEM) which is similar kind of treatment to relax muscle of stomach to treat patients suffering from nausea, bloating and vomiting suggestive of Gastroparesis (poor motility of stomach muscles).

Oops! We could not locate your form.

Oops! We could not locate your form.